Find out where to reflect, respect, and celebrate in our region! 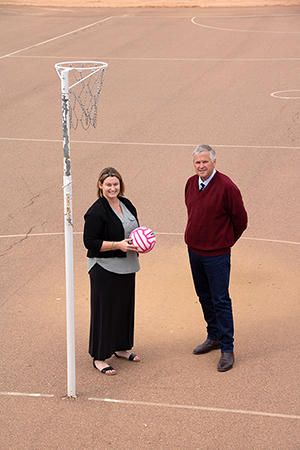 A string of recent grant funding announcements will boost community and economic recovery in the region, according to Longreach Regional Council.

“As a Council we rely heavily on state and federal funding to get things done. But it’s not just us; our community groups are also working hard to secure the funding necessary to undertake their activities for the benefit of our region.

“The successful applications announced recently amount to over $4.8M of state and federal funding across a diverse range of regional projects.”

Council received confirmation that it was receiving $1M as part of the federal Drought Communities Program, which it will commit towards a new ablutions block and water network upgrades in Isisford, upgrades to play equipment in Yaraka, plus implementation of solar technologies in Longreach as well as other regional projects. This adds to funding recently announced under the federal Remote Airstrip Upgrade Program, to achieve upgrades to the Ilfracombe and Isisford airports, and $157,884 under the federal Regional Agricultural Show Development Grants program to support improvements at the Longreach Showgrounds.

In addition, Council has been notified of successful applications to the state government Building Our Regions program, which will contribute to $3.27M in upgrades to infrastructure at the Longreach Saleyards, adding to previously committed funding to improve the rail connection at the facility. There’s also been a successful application under the state government Active Community Infrastructure program, which will commit $900,000 towards a new shade structure over the Longreach Netball Courts – converting them into a multi-purpose facility.

The Council also received confirmation from the Premier that the state government would cover the shortfall in funding for council-operated childcare centres, which were ineligible for the federal Job Keeper program.

Cr Rayner said Council had advocated long and hard for the assistance.

“We can’t ask ratepayers to subsidise childcare to the tune of 50 percent” he said. “I’m glad that the Premier has stepped in to keep our childcare centre operating.

“The centre proudly offers a very important service in the absence of any viable private-sector alternative.”

Council received even more good news last week with the announcement of the federal government’s Local Roads and Community Infrastructure Program, which is worth $1,196,175 to the region. Mayor Rayner said Council was committed to finding efficiencies as well as trying to improve funding outcomes.

“We’re working hard on the other side of the ledger as well to try and work as efficiently as possible” he said. That’s why my fellow Councillors and I recently took steps to turn down our approved partial pay increase in 2020/21.

“Although we were never taking the full increase recommended, we think it only right we turn down the whole thing considering everything that’s happened in the economy since the original decision was taken.”

But he said it was important that government funding not slow down as the economy begins to recover.

“State and federal funding like this is going to be very important going forward” he said. “It would be easy to imagine funding opportunities becoming less frequent as state and federal governments try to scale back their support packages post COVID-19.

“But in reality the sort of funding programs that we’ve been talking about today will remain vital to rural and remote communities like ours for a long time to come.”

Council says capital and operational grants are expected to make up more than 50% of revenue when it hands down the budget later this year. Rates and utility charges currently make up approximately 30% of Council’s operating budget. The 2020/21 Budget is due to be handed down on 24 June.